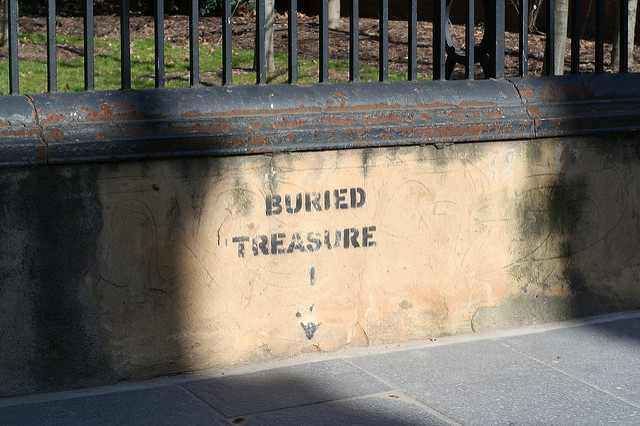 ‘The kingdom of heaven is like treasure hidden in a field, which someone found and hid; then in his joy he goes and sells all that he has and buys that field.

‘Again, the kingdom of heaven is like a merchant in search of fine pearls; on finding one pearl of great value, he went and sold all that he had and bought it.’

During the nineteenth century there were six major gold rushes in different parts of America and Australia. Migrants poured into mining regions, dreaming of instant wealth in the ‘free for all’ atmosphere where, with a combination of hard work and good luck, fortunes could be made overnight. A gold rush could initiate a huge wave of immigration and lead to the permanent settlement of a region and a massive boost to local and national economies with far-reaching consequences. The lone prospector, panning for gold and coming upon untold treasure became a cliché in films and adventure books. Some did indeed end up as millionaires, but for most the reality was far harsher, and the making of a fortune proved a myth.

There is nothing mythical about Jesus’ parable of the treasure hidden in the field and the pearl of great price. While he captures his audience’s imagination with the idea of sudden, marvellous wealth, he is in fact offering something that is genuinely available to everyone. But the parable carries a warning. The treasure is hidden from casual sight. To obtain the treasure or the pearl it is necessary to free ourselves from all attachments and all the little slaveries that hold us back from the fullness of grace.

This isn’t about easy pickings. It’s about the daily efforts required of us to make the treasure of faith our own. The more we live it, the more precious it becomes. But we have to do the digging first.