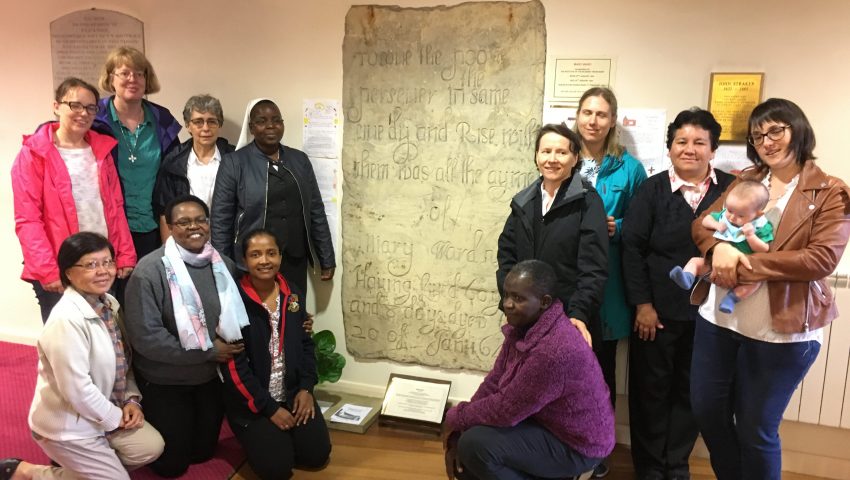 From July 15th to August 2nd, a group of 12 CJ and IBVM sisters met at the Bar Convent for the ‘Mary Ward Summer School’. It’s a chance for Mary Ward sisters from all over the world to come together and learn about Mary Ward’s life and writings, so that they can go back and inspire their provinces.

This year’s summer school was led by Carmel Swords IBVM and Agnese Jenciková CJ, who led the participants through key writings and some of the major influences on Mary Ward. Magdalene O’Neill IBVM explored the ‘lemon juice’ letters: letters that Mary Ward wrote to her companions when she was imprisoned, using lemon juice for invisible ink. Hannah Thomas, archivist and special collections manager at the Bar Convent, showed the sisters around the archives, exploring a range of material relating to Mary Ward, and even introducing them to the tricky art of transcribing 17th century handwriting. The Institute that Mary Ward founded was suppressed and largely disbanded, and Mary Ward’s own reputation suffered: Frances Orchard CJ explored how Mary Ward’s reputation (and the Institute she had founded) was rebuilt and strengthened after her death.

The sisters participating in the summer school had the chance to walk in Mary Ward’s footsteps, visiting the place of her birth (Mulwith, near Ripon), Ripley Castle and Osbaldwick, the church just outside York where she is buried. Priyanka IBVM and Valeria CJ said that ‘Our days together gave us a feel and glimpse of the love we all have for Mary Ward and of the companionship we share as Mary Ward women.’ 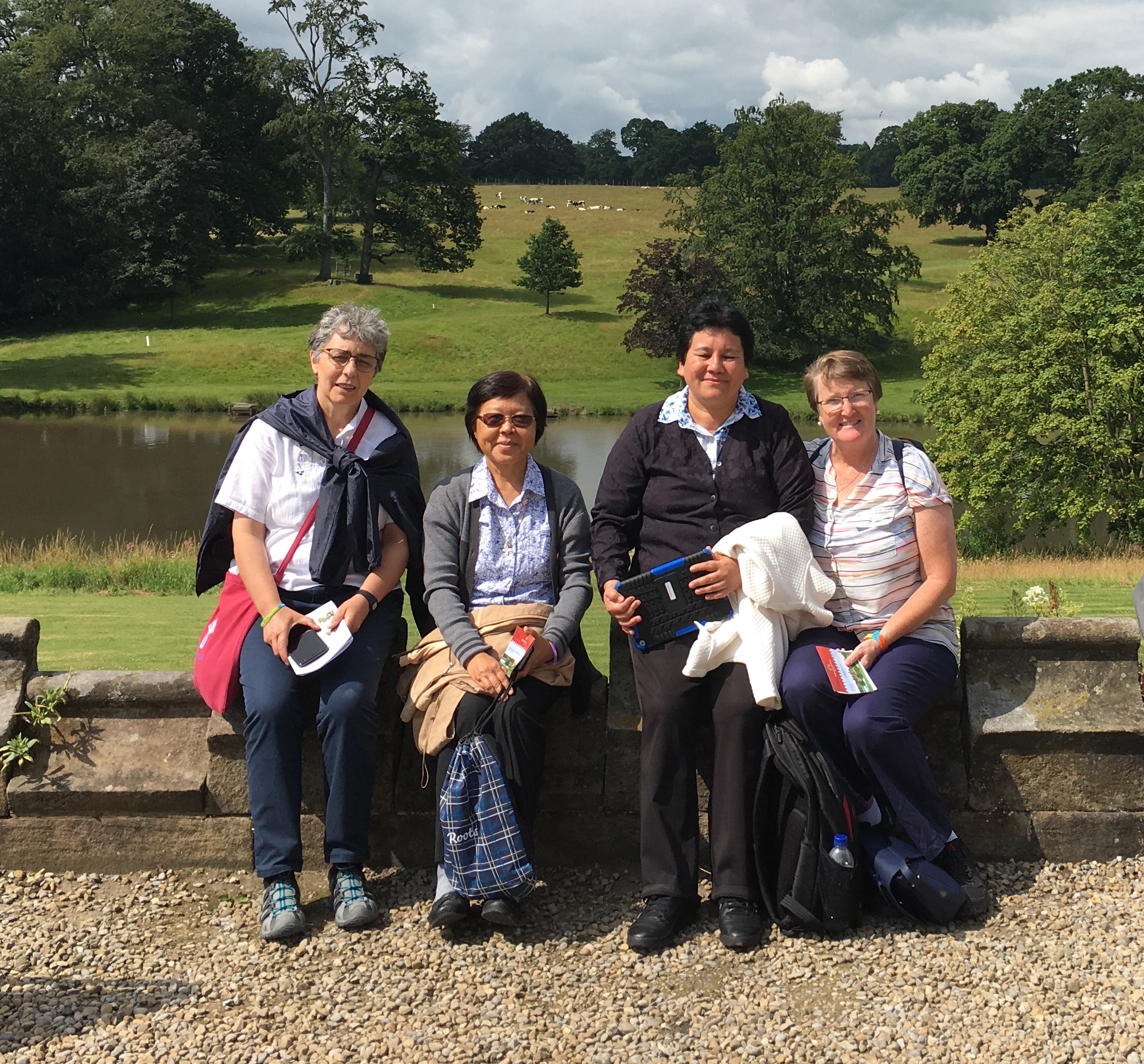