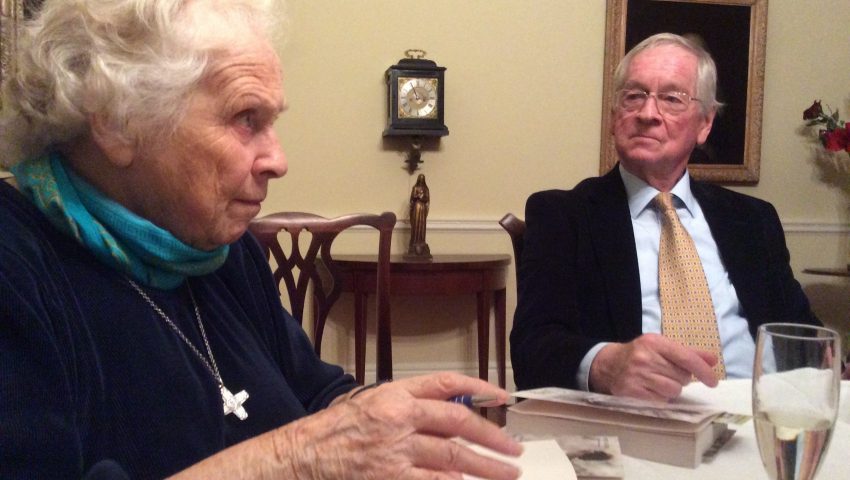 Sr Agatha’s autobiography ‘A Nun’s Story’ had its official launch at the Bar Convent on 25th January 2017. The atrium was packed with well-wishers asking her to sign their copies of the book, which has already been selling so well that it appears in The Times Top 10 non-fiction best-sellers! They were joined by Richard Newman, who wrote Agatha’s story with her.

Yesterday the BBC were at the Bar Convent filming a special episode of Songs of Praise featuring Agatha, which will be broadcast on 5th February 2017.