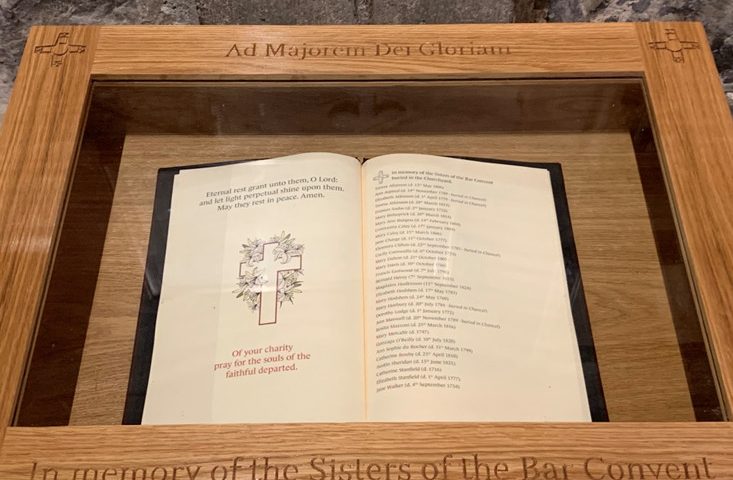 In the summer of 2019, Srs Ann and Patricia, together with our archivist, Dr Hannah Thomas and Canon Mark Kingaby-Daly of Holy Trinity Church in Micklegate, launched a project to remember those sisters of the Bar Convent who are buried at Holy Trinity.

Before Catholic cemeteries became lawful again in the early nineteenth-century, Bar Convent sisters were buried at Holy Trinity through the generosity of the Anglican community. Their thirty-one names and dates have now been entered into a special Book of Commemoration, which formed part of the service to launch and celebrate the project.

With the Book of Commemoration completed, it has been put on permanent display in a special case in the Church of Holy Trinity.