Welcome to our two new novices. 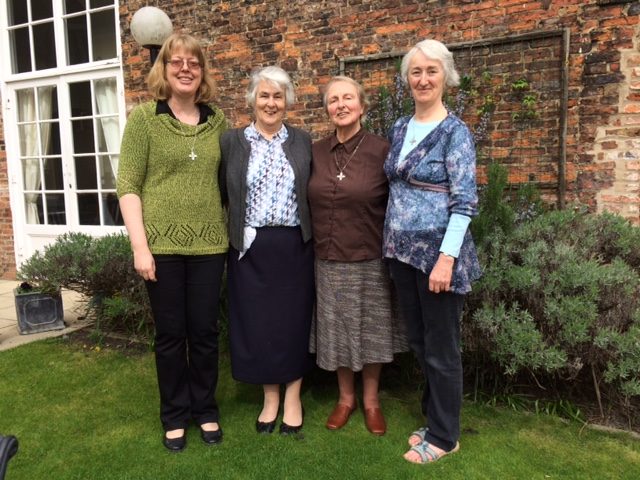 Our two postulants, Marion Bettenworth and Felicia McCormick, were admitted to the novitiate by Frances Orchard, Provincial Superior, during a simple ceremony in the chapel at Hinsley Hall midway through our Province Assembly.  It was a joy that so many of us were present, as normally such an event takes place in the community hosting the novitiate.

Following the sudden death of Ceclia Goodman, who was novice director, Patricia Harriss has generously agreed to take on that role again, assisted this time by Ann Stafford who will be her socia.  The novitiate is in the York community, and the prayers of the whole province go with them as Marion and Felicia set out on their two-year journey in faith.

Here we see the four of them in the garden of the Bar Convent.