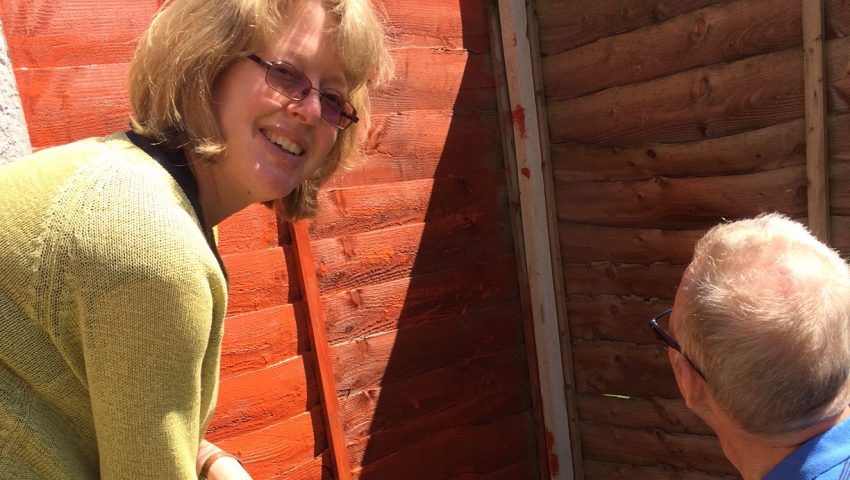 Marion Bettenworth, one of our second year novices, has been ‘on experiment’ in L’Arche in Preston for the last two months, working with adults with learning disabilities.

‘Experiments’ are mission placements during the novitiate, which help the novice to discern where and how the Lord is calling her.

‘I have been in Preston now for nearly two months- doing my first experiment in the L’Arche community. L’Arche has two houses in Preston; one is celebrating its 20th anniversary next month, the other one has only been open for just over 2 years. This gave me the chance to experience two 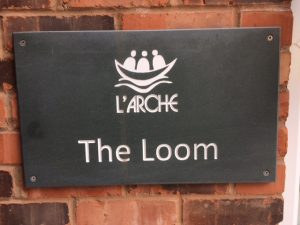 quite different houses at different stages of community development.

Each week I usually work one long day, two early shifts (9.30-4pm) and two late ones (4pm – 9pm).  Each day is different, as the core members do various activities, but the constant element of each day is the shared evening meal. There is also a house night once a week, and a Eucharist every other week.

Looking back, I am amazed at how generously the core members and live-in assistants have welcomed me into their home, and at the level of trust that developed very quickly. Being a volunteer means I am not allowed to do certain things, e.g personal care.  However, spending so much time with the core members (which I found really rewarding, but occasionally also quite demanding and draining) means that I have got to know most of them rather well over the past couple of weeks.

One of the things I realised fairly early on, was how task oriented I usually am and that I needed to quite consciously make a switch from doing (for) to being (with). There was one evening when we had supper outside and one of the core members, who takes a long time to settle down for supper anyway, just wouldn’t turn up. When he finally came and sat down, he noticed that his bedroom window was open, so he disappeared again to close it. As we start each meal by saying grace together, everyone was waiting for him to turn up again, but I found myself getting quite impatient and just wanting ‘to get on with it’. However, I suddenly realised that, other than the food getting cold, there was nothing urgent that we were missing out on. There was no reason to hurry and it was more important to eat this meal together than to finish by a certain time. This really taught me something about the challenge of being truly present with people, instead of mentally jumping ahead to the next thing.

Another experience is more difficult to put into words. One of the assistants said to me at some point, ‘People with learning disabilities sometimes do an awful lot of waiting about.’ Reflecting on this, it seems to me that this is somehow true in a much more general sense of the powerlessness of the poor. They have got very little influence on what is going on and decisions are made elsewhere. As I spent my time in L’Arche as a volunteer, I wasn’t able to use my professional qualifications in any official role. So I got a glimpse of what it means to just be alongside; not being able to affect any changes… and yet this ‘just being there’, frustrating though it can feel, is so important…

I will finish my experiment on 19th June, and will return to York the following day. I think the greatest gifts of my time in L’Arche are the relationships I have formed with the people here,  especially with many of the core members – and I will certainly miss them a lot!’