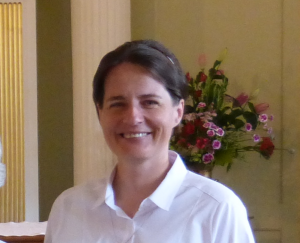 Congratulations to Sr Agnese Jenčíková CJ on the award of a significant Slovak literary prize!

Sr Agnese was a contributor to the prizewinning volume, Commentaries on the Old Testament. Psalms 51-75.

The Dominik Tartarka Award was given by the Conservative Institut of Milan Rastislav Štefánik for the most exceptional literary work for the year 2017. Dominik Tatarka (1913–1989) was an important Slovak writer and publisher.
The book is a detailed biblical and exegetical work, enriched by the rabbinic and patristic commentaries on the Psalms, and by commentaries on spiritual classics, 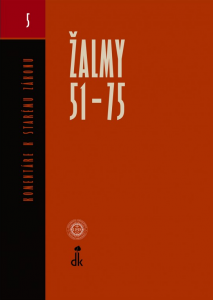 which was Sr Agnese’ contribution. The book also contains practical applications on how to use the Psalms in homiletics, catechesis, and liturgy. The book was written by 19 authors, mostly biblical scholars and theologians, both Catholics and Protestants, and the work has also been significantly appreciated by the Jewish community in Slovakia. Work is already well under way on the second volume Psalms 76-100, which will be published soon.
Sr Agnese is currently missioned to our York community, where she helps to run the St Bede’s Pastoral Centre. She gained her doctorate at the Gregorian University, with a thesis on Mary Ward’s spirituality.
Previous Article
Next Article