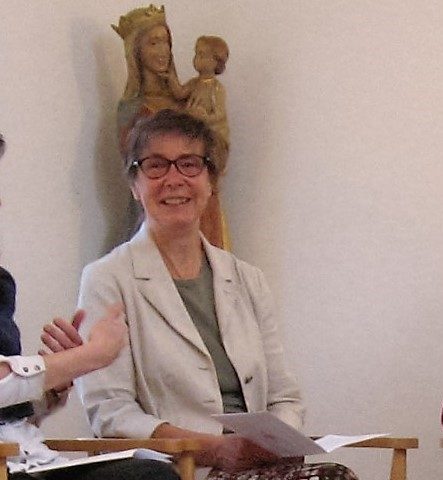 Following a visitation from the General Superior and one of her assistants in June, we have received news from Rome that Sr Frances Orchard has been re-appointed as provincial superior for a further three years.  This will extend her term of office to nine years, the maximum possible.  We are especially grateful to her for accepting this mission as she came directly from nine years on the general council in Rome, making eighteen years in high-level leadership.

During the past six years as provincial superior Sr Frances has shown great spiritual leadership as well as enormous skill and imagination in approaching the structural and institutional challenges the province faces.  She has also overseen the entrance into the English province of three novices and two candidates, as well as renewal of vows by a temporary professed sister, encouraging them in their vocational call.

We offer Sr Frances our prayers and all the help and support she needs in this demanding mission in the next three years.