400 years of Mary Ward in Liège 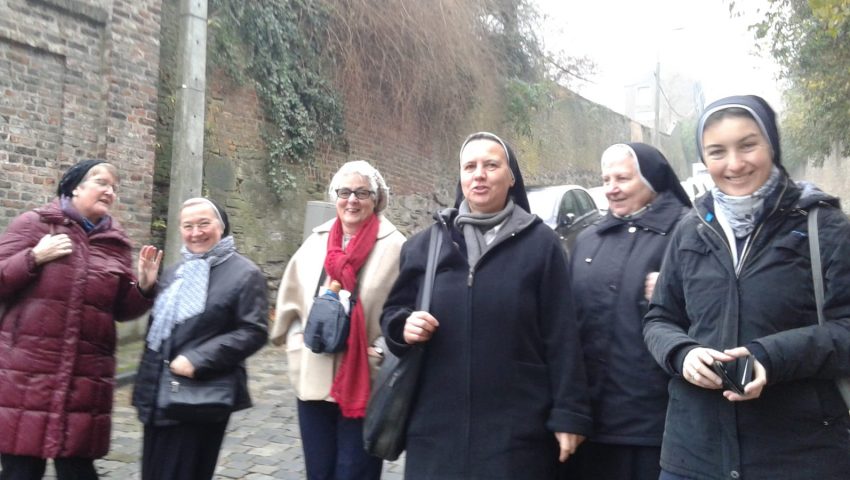 Earlier in November, Sr. Ann travelled to Liège, Belgium, on pilgrimage with other CJs and IBVMs from Slovakia, Germany, Spain, Ireland, and England to attend the unveiling of two plaques commemorating Mary Ward’s houses of foundation in 1618.

The first house was on Rue des Bégards. The plaque unveiling ceremony and reception was attended by many including the Mayor of Liege, the Vicar General representing the Bishop, other clergy, religious, and even some locals.